Warning: count(): Parameter must be an array or an object that implements Countable in /homepages/5/d591958472/htdocs/Lifeinthevertical/blogs/wp-includes/theme.php on line 630
 Grants for Mountaineering Clubs? - Life In The Vertical
Skip to content 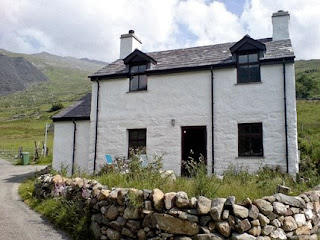 The Vagabond Club Hut in Nant Peris that has recently been decorated, and is constantly worked on.

I was shown a thread on UKC asking for help raising funds for climbing hut repairs and renovations. This was a topic that was put through the BMC national council, and I for was dead set against it as I thought that the majority of participants at the BMC Cymru meetings would feel that spending their BMC membership money on renovating a club hut that is frequented mainly by club member rather than BMC members is simply a misuse of their membership fee’s.

I would hypothesise that first the majority of climbing clubs have a traditional representation of the higher echelons of the typical climber in terms socio-economic demographic (So they might have a £1 or 2 to spare?). They also get fee’s from members as well as hut fee’s which one must presume is to help fund the on going up keep of their facilities. I know the Climbers Club encourage its members to organise ‘works meets’ so that if their members are bored enough with home based DIY, they can come and bodge it and scarper on the Climbing Club properties.

Then of course there is the notion that many of these club huts were purchased many years ago, and there is a potentially vast amount of equity that could be ‘freed up’ to pay for a renovation or make over. Why a normal member of the BMC or other grant awarding body should pay out for what is essentially a ‘private members club’ I don’t know.