Warning: count(): Parameter must be an array or an object that implements Countable in /homepages/5/d591958472/htdocs/Lifeinthevertical/blogs/wp-includes/theme.php on line 630
 Swarmed on Yogi - Life In The Vertical
Skip to content 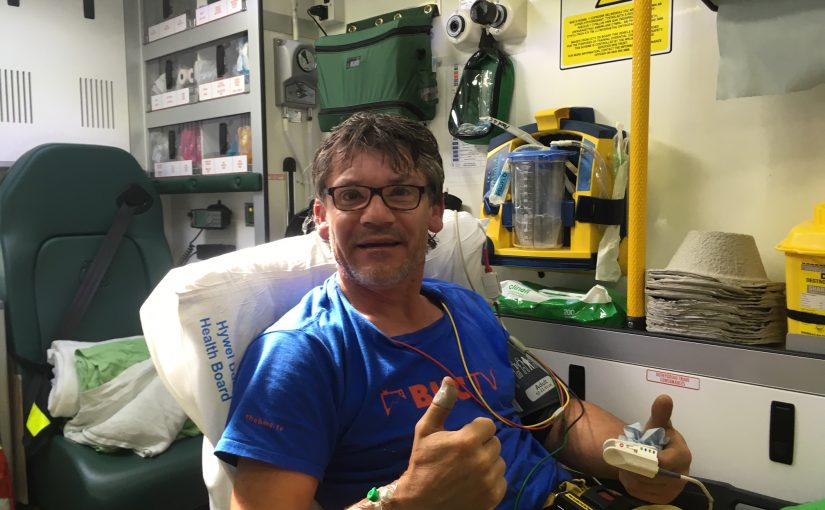 So a few weeks ago I was climbing at Tremadog working alone on a 1 to 1 rock climbing course where I was transforming a Sport Climber into a trad climber. This is a course that I run from time to time, but it does seem more common nowadays to have people sport climb first and then transition to trad.

Anyway it was 3 in the afternoon and we were abseiling down Yogi, a classic VS, and an abseil I had made a week before. So I was not really concerned as it is a non-threatening easy to manage abseil.

I nonchalantly threw my ropes down and followed them on abseil to about half way where I stopped to untangle them and make my way the rest of the way down. This time I was just seconds into recoiling the rope when I felt the first of the stings. Within an instant I felt more.

My initial thought was one of self preservation, ‘don’t let go of the dead rope’, ‘finish the coil’ and ‘get down safely and quick’. I did this all the while being stung multiple times. On the ground I ripped off wasp after wasp. From my hands, ankles and face. Panic over, I then wonder what to do with my client.

I told him not to abseil but to pull the rope up and coil it. I would run round and collect him. The thing was I already felt rather light headed and funny. I had a bad feeling already that this might be a bad decision.

I hurried poor adam along. Telling him what was happening to me and that I needed to get to the van quickly as I had some antihystermines there. Having gotten him down the worse steps I then made an agonising decision to call 999 and get outside help.

The decision did not save my life this day, but if things had gotten any worse then it may well of. As it was I spent the next 40 minutes on the floor of Eric’s Cafe with my face and throat swelling up even after the meds I had taken. Only after 35 minutes did the reaction start to calm down. 5 minutes later an ambulance arrived and I was on my way to Bangor A&E.

I was taken straight into resus and then move on to a observation ward for 4 hours of observation. Despite the delay in the ambulance due to it coming from so far away my treatment was second to none. Despite the fact that by the time I arrive I was starting to feel fine, and as a result felt I was putting unnecessary load on the NHS.

It took three days for the swell to come down, during which I thing Adam my client must have thought I looked peculiar to say the least! We did have a really successful course with Adam leading two E1’s and A Dream of White Horses in his first week Trad climbing, he was a solid F6b leader though!

The moral of this story is that you can’t train or plan for every eventuality. We all abseil without prussics from time to time. The key is survival instincts. Secondly I am guessing that you should not be afraid to dial 999 and get outside help if the proverbial feels like it is about to hit the fan.