Warning: count(): Parameter must be an array or an object that implements Countable in /homepages/5/d591958472/htdocs/Lifeinthevertical/blogs/wp-includes/theme.php on line 630
 Wrong Treacle - Life In The Vertical
Skip to content 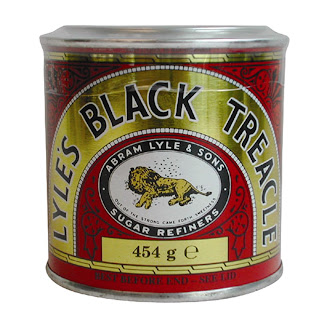 Well, I am a porridge man myself, when it comes to breakfast, cheap, reasonably easy to make in the old popty ping (Oven that goes ping!), and really nice with lashings of Tate & Lyle’s golden syrup, aka treacle. It is the stuff of champions treacle, I have been raised on the stuff for years, so imagine my amazement when I went to buy some in Spar Llanberis and there wasn’t any.

I would say it was a shock, but the shop seems to have a form of dietary telepathy, when it comes to stocking what I would like to cook for dinner. Generally the idea is to go in there open minded and see what they have that you can consider calling a dinner. If you were a local and didn’t have transport to get to Tesco, then your diet would probably be insufficiently diverse, and lead to some form of vitamin deficiency through an over load of excessively process foods. The diet of Llanberis is not the point here so I will move on.

Despite there not being any Golden Syrup there was a large jar of Black Treacle, which given the hour of the day, and the immediate need for my breakfast was the best solution to my problem, given that the Honey had already crystallised on the shelf. So I set off home with my mysterious black treacle, 2 pints of milk and some Scottish oats. Excitedly I get home and go through the usual ritual of making myself a pint of expresso, whilst the porridge pirouettes in the popty ping.

As I open the jar of what can only be described as tar, I start having doubts as to black treacle’s similarity to good old golden syrup. As I stir the tar into my porridge, it turns a rather unpleasant colour. Only when I take the first mouth full do I realise that this is most definitely the wrong treacle for my porridge. I would say it tastes like tar, but never having put tongue to tarmac I can’t really say. Away if someone would like a jar of Black Treacle or if you have a recipe for something actually edible you can make with it then I would love to hear from you!