Warning: count(): Parameter must be an array or an object that implements Countable in /homepages/5/d591958472/htdocs/Lifeinthevertical/blogs/wp-includes/theme.php on line 630
 A Moroccan Adventure? - Life In The Vertical
Skip to content 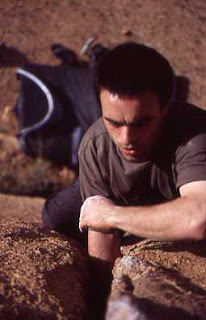 Llion Morris on a crack in Trafroute
UPDATE 2012 – For a Adventure Climbing Holiday visit Snowdonia Mountain Guides to see our exciting new winter sun rock trip.
With money tight this winter and the strong euro, skiing in Europe has become prohibitively expensive for many people. Travelling further a field also has some problems, however there is one destination that can offer some rather adventurous winter sun, for either the sport climbing, boulders or trad climber. So if you’d like a proper ‘travelling experience’, but haven’t got tonnes of cash then think closer to home than India or south America and think of Morocco. A few years ago now I headed out there with a few friends, but rather than fly direct to Marakesh, we went a round and about route to add to the adventure.

In the spirit of adventure I am only going to give you an overview of what we did, and how we got there. What I’d like to say now is that this trip was an absolute hoot, at the most there was eight of us, and the least 4. It was as good if not better than going to hampi, because not only was it significantly cheaper, but the bouldering has a similar adventurous feel (I went to hampi back in 1998 just before it became popular).

Anyway we got to our first destination Tafroute via an EasyJet flight to alacante, a train to the city then a bus to a nearby ferry port, a ferry to tangers a train from to Marakesh, and overnight stay in the large city of markesh to enjoy the night market (Samonella Central!) another bus journey to Agadiar (A classic surfing destination), followed by a grand taxi to Tafroute.

Tafroute is great for some granite bouldering, a limited amount of sport and trad climbing. We 8 of us stayed in two rooms and a balcony, sleeping under the stars on top of the roof. We stay here for a about two weeks, before moving onto Todra Gorge. Of particular note is the painted rocks, a piece of art from some crazy European whose thought that some a liberal coating of emulsion would spice up this sleepy back water. Similarly for climbers there is some metamorphasied Quartzite mountains, now for any gogarth devotee you’d know that these rock is Goagrth Rock, so there are some excellent Trad climbs around the village, many ascended by our very own Joe Brown. There is even a cicerone guide.

We opted to hire a drive and landrover to take us cross country via the Sahara dessert, a great choice because out driver was the Stig’s Africans Cousin. The one bit of the trip I have never been allowed to forget was stopping off in the middle of a barren sahara, I ran ahead to take some video of the landrover driving past.

Shoot in the can, the Land rover comes back to pick me up. Rushing to get my cameras back in their bag I quickly jump on board. A few minutes later I shout ‘Stop!!!, I have forgotten my glasses’. Jumping out I look across flat and barren hard baked mud, and see nothing. The driver turns round and drives right back to them! 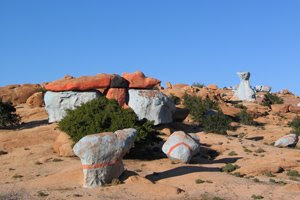 Anyway we then went onto spend a week in Tondra Gorge sport climbing up some of the best single and multipitch sports route I have ever come across. Although having never been on a sport climbing holiday that might not be much of a statement.

What I would say is if you are looking for an alternative for a cheap adventure climbing trip, maybe add morrocco to the list. Below are some images I found on a disk my friend gave me when I returned, it was pre digital so some of the images aren’t up to my normal standard (sorry!) 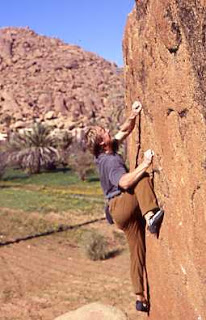 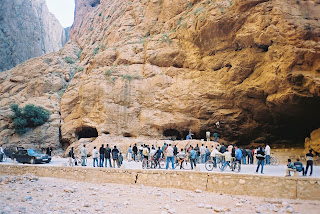 Mark Reeves stopping the traffic on a F7b+ in Todra Gorge 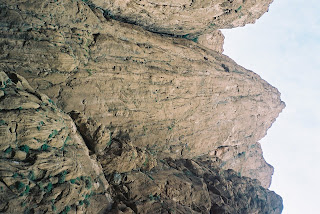 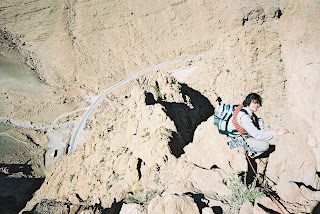 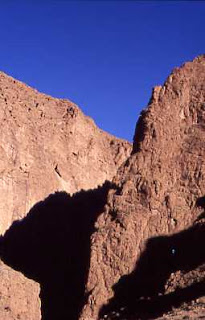 The VS ridge of Todra Gorge 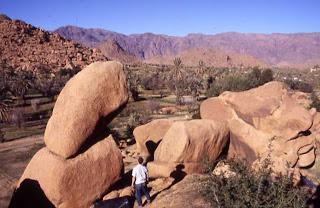 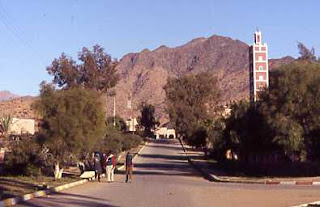 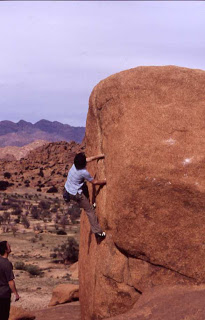 A Classic if not painfully sharp hand crack 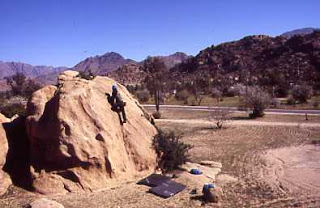 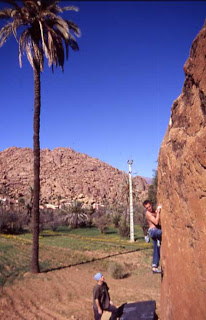 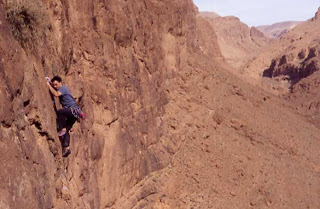 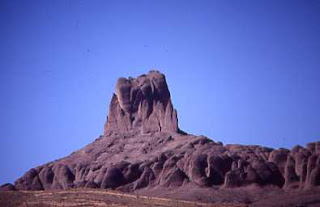