Warning: count(): Parameter must be an array or an object that implements Countable in /homepages/5/d591958472/htdocs/Lifeinthevertical/blogs/wp-includes/theme.php on line 630
 April 2009 - Page 6 of 6 - Life In The Vertical
Skip to content 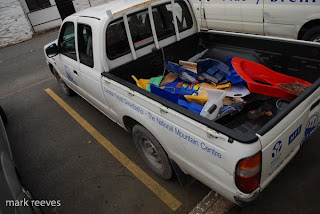 A few weeks ago I ranted on about the state of the modern throw away society, when I cam across a fleet of broken plastic toboggans left after their owners had had there fun in the snow a few weeks back. I had passed these a few times whilst coming off the hill, always think I should have remembered some plastic bags. Anyway I never did remember but someone from Plas y Brenin decided to take action, and sent some staff to collect the garbage. 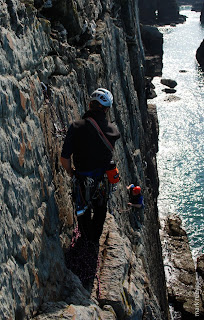 Well I have been busy as ever helping people to improve there rock climbing skills, in the last two days I spent one at a very hot and pleasant castell Helen at Gogarth teaching coaching lead climbing. We climbed Light House Arete and Rap, before retreating back to PYB for tea and medals. There are a few picture i took on Wednesday with this post.

On Thursday we headed to Tremadog for another day of sun rock. One of my students had to pop back to London, probably something to do with the G20 summit. This meant I only had one client, so I beasted him round the cliff. We climbed Grim Wall into Grim Wall Direct (VS), followed by One Step in the Clouds (VS), then Yogi (VS), then The Fang (HVS) then a Christmas Curry/micah/Plum finish combination (HVS). After which we were both starting to tire so went for a can of pop, and waited for the other groups to return to the vehicle.

It has been such a good week that I am shocked that they are going to pay me for my work, as it has almost been like a weeks cragging, and today was almost a training day for me! 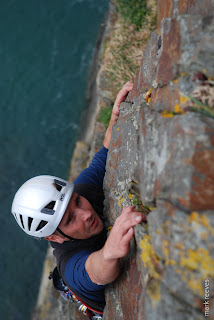 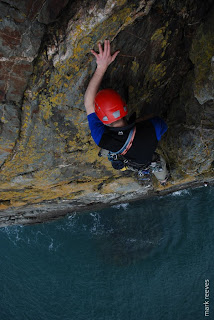 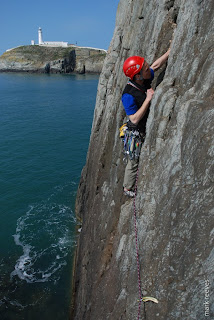