Warning: count(): Parameter must be an array or an object that implements Countable in /homepages/5/d591958472/htdocs/Lifeinthevertical/blogs/wp-includes/theme.php on line 630
 January 2009 - Page 6 of 6 - Life In The Vertical
Skip to content

January is never a busy time for me as an instructor or coach, with the credit crunch and christmas starting to take a grip on many peoples fiances, I am offering half price courses in January, in the North Wales Area. Which means that you could get one at one coaching from £60 per day or £10 an hour indoors.

If your interested in a course then please contact me via snowdoniamountainguides.com and mention the 50% off blog offer. 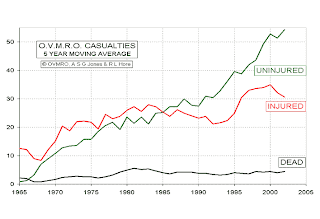 Within mountain rescue teams there has been much debate as to whether mobile phones have changed the type of call out that they respond to. In particular whether their use has lead to more call outs that are seen as unnecessary, but a reduction in long drawn out searches.

Now to answer that question you’d need to understand how the use of mobile phones has changed, when they first came out they were big, cumbersome and more often than not in the hands of the yuppie. It wasn’t until the early 1990’s that phones not only became practical but is was more common to see them in a growing number of peoples pockets. Today everyone has them, and they can even come with built in GPS functions.

Before mobile phones if you were struggling along a track off a mountain you might carry on struggling to make your own way off. The argument is that it is easier nowadays to summon assistance at a moments notice with your mobile. Where before at least one member of the group would have to walk to the nearest pay phone to raise assistance. So whilst mountain rescue teams might be getting more rescues for people simply ‘in difficulty’ rather than injured, means at times we are no more than a free guiding service.

The mobile phone does however give us a first hand accounts at the scene, often allowing us to deploy with the right kit. Often even people without a map we can also get them to describe there journey and have an accurate guess at the probably location. In this allowing us to have some added information means that we don’t waste time looking for casualties. Previously the team might only have a concerned relative or B&B owner who hadn’t seen or heard of the group since they left in the morning. Meaning that the rescue would have to guess and deploy troops up several ‘best options’ to attempt to find the people who were possible in trouble. Obvious those options would also include local pubs!

If we look at this graph from Ogwen Valley MRT, there is what statistician call an interaction, where the number of uninjured people rescues overtakes the number of injured. Whilst the crossover started in 1985, the dramatic increase only occurred from the 1990’s onwards. This does fit well with hypothesis for mobile phones changing the call-out pattern of rescue teams. Whilst I can’t admit to proving this particular hypothesis I believe that there is enough evidence for anyone who wants to examining it.